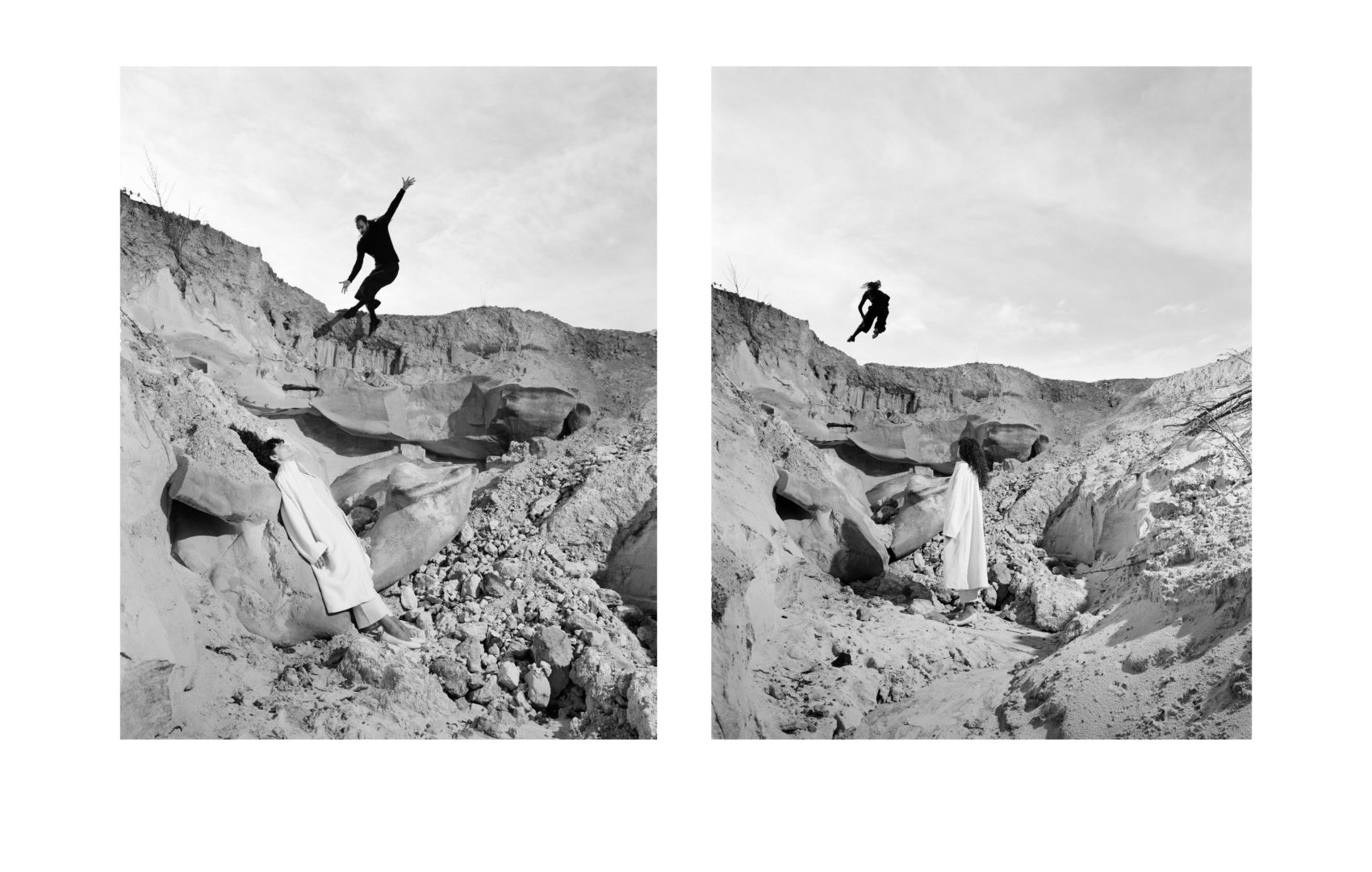 Aerolite evokes the product name of lithium (Teralithe) commonly prescribed to stabilize mood in bipolar disorder. It is also the name of a meteorite, the enormous rocks that land on earth via a succession of improbable circumstances.

In this series, a young woman – as an allegory of madness – is depicted pursued by strange characters that appear to have emerged from her own mind, her own imagination. Like a deep dive into surrealistic slumber, dreamlike scenes open the field of her psyche: between collapse and ecstasy, disequilibrium or escape, the movement is out of reality, floating in the world of dreams and nightmares on the edge of reason.

In his fictional scenes, Benjamin Barda approaches mental disorder by situating himself within the psychological framework and thus shifting the intention. Dominated by three main ideas – breaking ties with others; experiencing a state of presence-absence in the world; and the upsurging of a spiritual emergency – the project forms a whole that suggests the quest for meaning at the core of madness.

His surrealistic approach activates the appearance of another, more instinctive reality, a parallel, overlapping world offering a breach that opens onto our imagination during sleep.

This project slowly took form in the photographer’s mind before finally crystallising in 2021, when, nurtured by research and reading, inspirations and encounters to compose the scenes, choose the characters and settings, he produced the first chapter.

Benjamin Barda’s commitment to changing the way we perceive mental disorders is clear. His photos call for empathy, an open mind to battle stigmatisation, and an awakening to metamorphosis. They invite contemplation through a new imaginary.

We use cookies to ensure that we give you the best experience on our website. If you continue to use this site we will assume that you are happy with it.Ok